HomeDiversityThe impact of co-existing health conditions on life and work 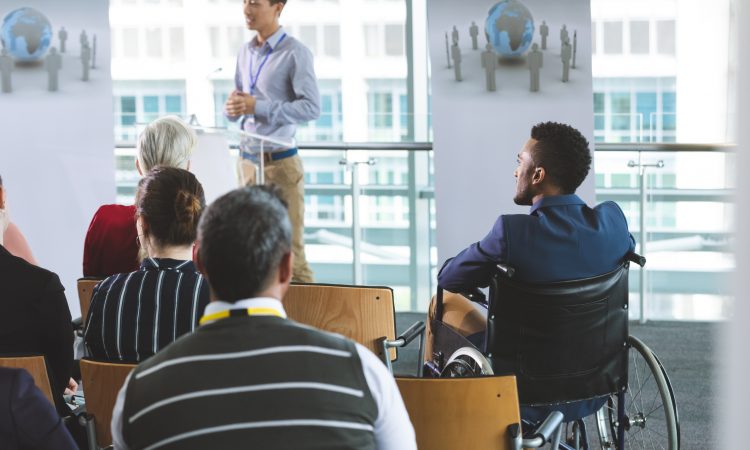 The impact of co-existing health conditions on life and work

It should have been a day like any other. But when George McKenzie, then 21, woke up, something didn’t feel right.

“My tongue was all cottony and I actually wondered if I got beaten up,” he recalls.

A trip to a clinic and a blood test revealed the answer: He’d experienced a seizure. He was given a prescription, but chose not to fill it, thinking he would get better.

Flash-forward 10 years, and McKenzie found himself in an altercation with the police. Since his teens, he had experienced “impulsive outbursts” and “was involved in fights, breaking things, was verbally abusive”; it was behaviour he didn’t understand. This time, the police officers saw something McKenzie didn’t, suggesting something might be wrong. McKenzie eventually found his way to a therapist, who diagnosed him with borderline personality disorder.

He realized he was now officially living with at least two conditions: epilepsy and a mental-health challenge. But at last, he also had an answer.

Many people living with episodic/invisible disabilities live with comorbidities. “Comorbidities happen when there are two or more conditions that occur at the same time,” explains Dr Hadley Kolton, a psychologist with JVS Toronto and a specialist in assessing learning disabilities.

Because of their invisible nature, comorbidities are often difficult to track, but some sources like epilepsy.com have shown that about 20% of people with a primary diagnosis of epilepsy also have Attention Deficit Hyperactivity Disorder (ADHD). A similar figure applies to information processing disorders such as dyslexia. Approximately 20-50% of people with epilepsy are reported to also experience depression or anxiety.  Almost 800,000 Canadians report having a mental health issue like depression or anxiety on top of one or more physical disabilities.

In a literature analysis from a 2016 UK study titled Complexities and challenges: working with multiple health conditions, researchers found:

One of Kolton’s clients has ADHD and also has difficulty reading. “He’s always wanted to be a personal trainer and he’s good at it,” Kolton says. “He has a side gig as a janitor at a school and also a retail job to support himself, but in the process he’s not realizing his potential.”

Four years after his epilepsy diagnosis, George McKenzie had a seizure at work. Employed in collections for a major investment firm at the time, McKenzie woke up on the floor surrounded by staff, asking if he was okay. It was a wake-up call that ultimately led him to do more to manage his co-existing health conditions.

“They’re intertwined,” he says. “I have lots of support, through Epilepsy Toronto, through medication and mindfulness.” He also sees a therapist once a month.

But McKenzie also finds himself in a holding pattern about returning to work. His seizures tend to follow stressful events. “I’m afraid of having another seizure at work and that makes me anxious.”

People living with comorbidities may benefit from support from career professionals to determine goals and figure out a path to achieve them, which could include identifying accommodations.

Maria Eugenia Ricote is an employment case counsellor with Woodgreen Community Services Work Initiative Network (WIN), which helps people living with mental health conditions find meaningful work. She believes it’s important for a client to identify which diagnosis is affecting their life the most and prioritize accordingly.

“You need to define ‘success’ for yourself,” she encourages jobseekers, “and ask, what disabilities get in the way? After that you have to go into exploration – what are your values, what are the deal breakers and what’s unacceptable?”

Ricote says, in terms of helping clients be successful, it doesn’t matter to her what their diagnosis or mental-health status is. “I care about your strengths and weaknesses, so I can help you navigate and develop strategies to help you reach your goal.”

Kolton says that self-acceptance and ownership of their situation can help clients identify accommodations that can help them succeed at work, such as requesting additional time to complete a task.

“Self-acceptance is one of the keys to overcoming this situation,” he says. “Reaching out to others for help and support is important. If you keep quiet in that dark cave, you might destroy your purpose for good.”

Carter Hammett Author
Carter Hammett is the Employment Services Manager with Epilepsy Toronto. He holds a Bachelor of Community Studies degree along with diplomas in journalism, social work and adult education. His work has appeared in the National Post, Toronto Star and Toronto Sun, among other publications. He is the author of three books including Benchmarking: A Guide to Hiring and Managing Persons with Learning Disabilities (ALDER, 2005).
email
carter@epilepsytoronto.org
×

Carter Hammett Author
Carter Hammett is the Employment Services Manager with Epilepsy Toronto. He holds a Bachelor of Community Studies degree along with diplomas in journalism, social work and adult education. His work has appeared in the National Post, Toronto Star and Toronto Sun, among other publications. He is the author of three books including Benchmarking: A Guide to Hiring and Managing Persons with Learning Disabilities (ALDER, 2005).
email
carter@epilepsytoronto.org
Latest Posts
Tags :disabilityfeaturedmental healthpodium
- Advertisement -
- Advertisement -
- Advertisement -