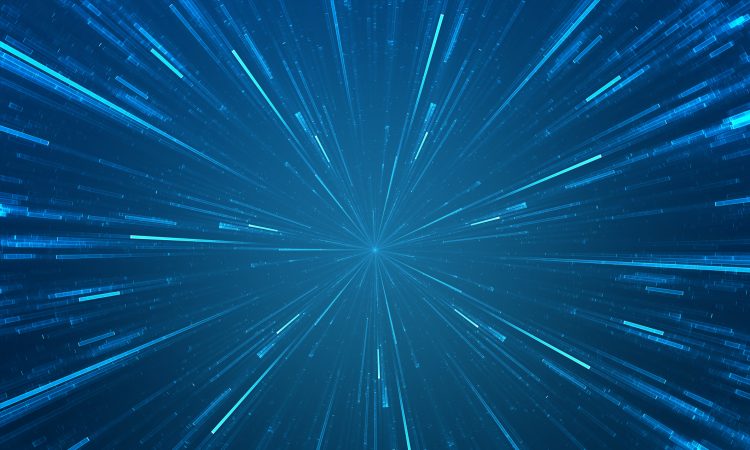 Back to the future of work

The future of work is perpetually upon us. Like an action film story, we cannot get in front of it fast enough. We feel the acceleration – plot outlines, dialogue and workplace set revisions more rapid one year to the next. Work an obsession, career expectations (and advice) in constant shift. Future trends, recalibrated guesses at best. Recurring cycles of global economic disruptions, social systems shake-ups and technological advances all tossing in a swell of change. Whew.

With the de-jobbing fixation of the 1990s, exploring the future of work was like going on a blind date, you never knew if it would turn out dismal or dreamy. You can read about it, with hype and hope all at once, but until you show up and plunge into that date with destiny, you won’t know if you’re in with a chance.

My short history of the future of work began 25 years ago. Recognizing an anniversary of sorts, I decided to take a fun ‘time travel flip-through’ of the extensive library of books, articles and conference notes I have amassed to see if and/or how our narrative on this topic may have changed here in 2019.

From the mid-90s and through the early 2000s, I had the privilege of a front-row seat in the career services space, as a consultant in both the Bell Canada career centre and a major career management/transition firm in Toronto. Future of work conversations were central to my individual client work. I had taken the plunge and became a sponge for relevant new insights that emerged in order to help people think their way forward.

Starting with 1994, what writing shaped the screenplay? 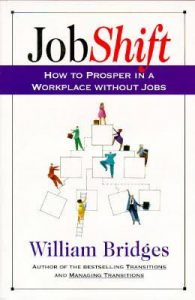 No contest, the volume that holds up best today is Job Shift by William Bridges. Like others feverishly writing at that time, though certainly not dreamy, he talked about de-jobbing: “… the job is not a timeless fact of human existence. It is a social artifact.” Yet Bridges offered a practical, proactive stance as evidenced in the book’s part two – “A Career Guide for the 21st Century Worker.”

In that same year, in Business Week’s 65th Anniversary Special Report, Rethinking Work, one article aligned with Bridges: “How will the new compact work? …The [career-resilient workforce] strategy acknowledges that job skills, like businesses, are ephemeral and that employees must be continually reinvented.”

If you wanted dismal, in 1995 the tome of the time was The End of Work by Jeremy Rifkin. “If the talent, energy, and resourcefulness of hundreds of millions of men and women are not directed to constructive ends, civilization will probably continue to disintegrate into a state of lawlessness from which there may be no easy return…finding an alternative to formal work in the marketplace is the critical task ahead for every nation on earth.”

Fear not. The premier issue of Fast Company magazine arrived later in 1995 with its aim: “to be the handbook of the business revolution. We will chronicle the changes under way in how companies create and compete, highlight the new practices shaping how work gets done, showcase teams who are inventing the future and reinventing business. Most of all, we will equip the people exploring this uncharted territory with the tools, techniques, models, and mind-sets they need.”

In with a chance, more tense years and “The Brand Called You”

What would we have done without Tom Peters? Though not the only voice, in the 1997 Fast Company piece “The Brand Called You,” Peters set us a path: “…the main chance is becoming a free agent in an economy of free agents…looking to do your best work…chalk up a remarkable track record…establish your own micro equivalent of the Nike swoosh.”

Since then, we have whiplashed through what was called in the 90’s the “new economy,” with handbooks such as The War for Talent (McKinsey), Free Agent Nation (Dan Pink) and The New Deal at Work (Peter Cappelli).

From the burst of the 2000 Dot-Com bubble and 9/11, to the 2008 Great Recession and now the AI revolution, we have received endless streams of books, articles and TED Talks directed at a business audience and/or the worker about the future of work. This has spawned even more content on consequential issues such as leadership, employee engagement and workplace diversity in an innovation economy, a digital economy, a networked economy, a gig economy. Whew again.

Crafting work and career in a new restless march of intellect 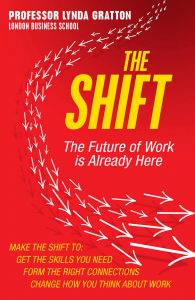 Full circle from Bridges’ Job Shift in 1994, a more contemporary must-read book came in 2011 titled The Shift: The Future of Work is Already Here by Lynda Gratton. Here’s the dovetail. Bridges said, “I wasn’t surprised that people denied the likelihood of a future they found threatening … I came to see they weren’t denying the future that would probably arrive, they were denying the present that was already with us.”

Neither dismal nor dreamy, while laying out five forces shaping our future, Gratton realistically wrote of three shifts we are called upon to recognize because: “Our future working life is crafted by the resources we develop and the choices we make … profoundly influenced by the context in which we live and work.”

As I dig through my archives, how does a look back over 25 years shape my thoughts on our ongoing travels in the future of work? Largely, the career challenge is the same. In 2019, we still talk of de-jobbing, re-skilling and personal branding, while the narrative now includes terms like precarious employment. I remind career service professionals of one thing looking forward. While you work, keeping one eye on the future, you are also helping clients find their bearings in what Douglas Rushkoff calls Present Shock – “when everything happens now.”

Yet whimsically, I am also prone to time travel back, to look for historical comparisons. In the advance of the early 19th-century industrial revolution, futuristic visions steamed out with The March of Intellect, pitting two sides – the peril versus the progress of society, work, jobs and the debate over innovation and new technologies. As we craft our future way of working in a Fourth Industrial Revolution, do we not find ourselves eerily in a similar march?

To illuminate thinking and provoke further conversation on the future of work, here are two recommended books:

Age of Discovery: Navigating the Risks and Rewards of Our New Renaissance (Ian Goldin, Chris Kutarna) 2016

This post is an extract from Mark Venning’s upcoming mini-PDF book, My Short History of the Future of Work. 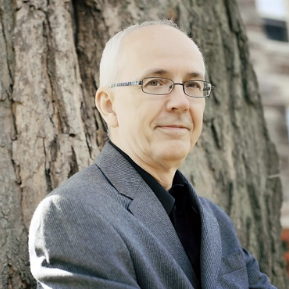 Mark Venning Author
Mark Venning is founder of Change Rangers, “Recoding a Longevity Society” – researcher, adviser, speaker and blogger on the business and social aspects of aging demographics. His expertise in career & talent development over 20 plus years has found him working in both the corporate and not-for-profit sectors. Venning is a past board chair for CERIC.
Website
http://www.changerangers.com
Email
mvenning@changerangers.com
follow me
×

Mark Venning Author
Mark Venning is founder of Change Rangers, “Recoding a Longevity Society” – researcher, adviser, speaker and blogger on the business and social aspects of aging demographics. His expertise in career & talent development over 20 plus years has found him working in both the corporate and not-for-profit sectors. Venning is a past board chair for CERIC.
Website
http://www.changerangers.com
Email
mvenning@changerangers.com
follow me
Latest Posts
Tags :future of workpodium
- Advertisement -
- Advertisement -
- Advertisement -