HomeWorkplaceWorking in the gig economy: a risky business 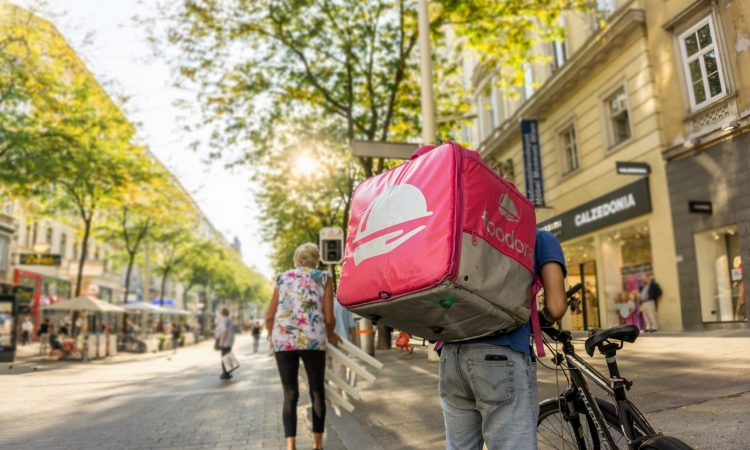 Working in the gig economy: a risky business

The so-called gig economy is taking off in Canada. Though reliable data is hard to come by, staffing agency Randstad estimates that 20 to 30% of the Canadian workforce is made up of non-traditional workers and Intuit (the maker of accounting software Quicken) claims that 45% of Canadians will be self-employed by 2020.

There is no standard definition of gig economy workers. What they have in common is that they rely on digital platforms to connect them with opportunities to work. In some cases, such as Uber and Lyft, workers perform a single task repeatedly according to strict standards set out by the platform. In others, such as Hyr and Staffy, the platforms look more like traditional temp agencies, connecting workers with opportunities for short-term gigs paid by the hour. A third category of platforms, including TaskRabbit and Amazon Mechanical Turk, allows workers to bid on a variety of simple tasks posted by third parties. Similar sites called “online talent markets” are used for more skilled work.

Another thing that gig economy workers have in common is their precarious status. Canadian law has yet to catch up with the changes to the labour market and platform workers are generally excluded from the protections and benefits that accompany traditional paid employment. Anybody considering working in the gig economy ought to be aware of how this may affect them.

Employment legislation sets out minimum standards applicable to all employees. Though the exact terms vary across Canadian jurisdictions, they all include minimum wage rates, overtime pay, maximum hours of work, paid holidays, annual vacation, sick leave and notice of termination. In some jurisdictions, such as Quebec, legislation also protects against unjust or arbitrary termination. Occupational health and safety statutes add protections such as mandatory safety equipment and training.

Of course, to qualify for these protections, workers must meet the legal definition of “employee.” Many gig economy workers do not; they are classified as “independent contractors.” According to the Supreme Court of Canada “[t]here is no one conclusive test which can be universally applied to determine whether a person is an employee or an independent contractor.” Judges and administrative agencies must consider a variety of factors including “the level of control the employer has over the worker’s activities […], whether the worker provides his or her own equipment, whether the worker hires his or her own helpers, the degree of financial risk taken by the worker, the degree of responsibility for investment and management held by the worker, and the worker’s opportunity for profit in the performance of his or her tasks.”

“Canadian law has yet to catch up with the changes to the labour market and platform workers are generally excluded from the protections and benefits that accompany traditional paid employment.”

Some gig economy workers meet the test for employment, but their future is uncertain. For instance, Uber and UberEATS workers in Ontario have launched a $400 million class-action suit (which the Ontario Court of Appeal recently held may proceed) claiming that they are employees. In other situations, such as Hyr and Staffy workers, it is clear that the workers are employees, but unclear whether the employer is the platform or the establishment in which the work is performed. Here, too, the Supreme Court has set out a complex test that applies on a case-by-case basis.

Paid employment in Canada typically comes with access to social insurance benefits, notably unemployment insurance, parental leave benefits, workplace accident compensation and the Canada Pension Plan (CPP). Access to these is automatic for employees, whose contributions are automatically deducted from their paychecks.

In most cases, self-employed workers may enroll in these regimes voluntarily, though many gig economy workers do not know that they are eligible and – as far as I am aware – digital platforms don’t take any steps to inform them of this possibility, let alone facilitate it. But even if gig economy workers know that they may opt into social insurance programs, they are still at a disadvantage; they are responsible for paying contributions in their entirety, whereas employees’ contributions are matched or even entirely paid for by their employer. This leaves gig economy workers with a difficult choice: enroll in programs that will significantly affect their take-home pay or run the risk of being without income after a significant life event.

Note that CPP contributions are mandatory for self-employed workers, but since they have no paycheck from which the contributions can be deducted, the amount is determined when they file their income tax return. Gig economy workers who don’t plan for this may face an unwelcome surprise in the form of a hefty tax bill.

Many digital platforms invite their users to rate their experience after they receive a service and these ratings are used to evaluate workers. Research suggests that “[c]onsumer-sourced ratings like those used by Uber are highly likely to be influenced by bias on the basis of factors like race or ethnicity.” In other words, rating systems harbour the potential for discrimination. Unfortunately, as the law now stands, gig economy workers affected by ratings discrimination are unlikely to have any recourse.

First, most Canadian human rights statutes are limited in scope, applying to tenancy, employment and “services customarily available to the public.” Since gig economy workers are generally not considered employees, they would need to prove that the platform that provides them with work is a service customarily available to the public, which is not obvious.

Second, even if gig economy workers are covered by human rights statutes, proving discrimination will likely be difficult, if not impossible since individual workers have no way of knowing whether their rating is the result of discrimination or poor performance. Canadian courts have held that when there is no intent to discriminate, claims of systemic discrimination may be supported by statistical evidence. But such evidence needs to be collected and, in the absence of any obligation on the part of digital platforms to report aggregate data on ratings, it is simply unavailable.

Where to go from here 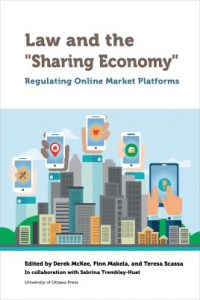 Derek McKee, Teresa Scassa and I have recently published Law and the “Sharing Economy”: Regulating Online Market Platforms. Several chapters of the book touch on legal challenges faced by gig economy workers, putting them in their historical context and canvassing potential policy responses. Given the decline in standard employment and the particularities of gig economy work, it is unlikely that simply reconfiguring the legal category of “employee” will be a magic bullet that will solve every problem I have highlighted here. More effective responses may include sector- or industry-specific regulation of labour market intermediaries or the creation – as France has – of an entirely new legal regime to cover gig economy workers.

In the meantime, those considering work in the gig economy should be educated about some of the legal consequences of taking such work. Issues they might want to address are: 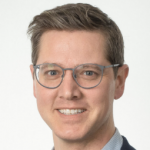