HomeStudents & YouthCareer education needs to start earlier than you think 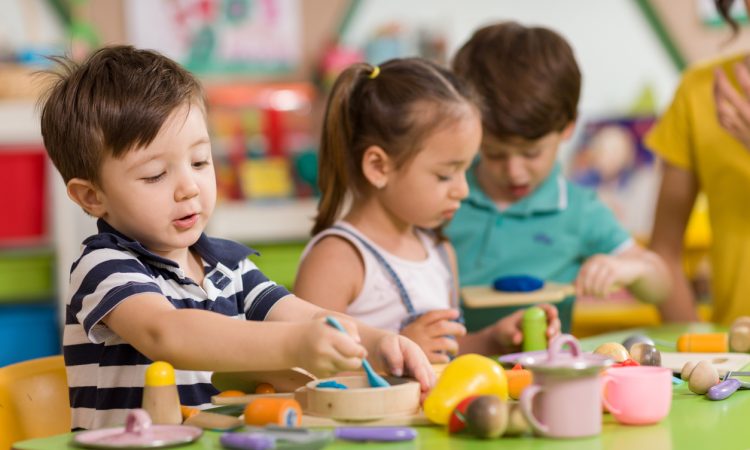 Childs are playing with play clay in classroom.
Students & Youth

“I want to be a doctor,” comes the familiar refrain. It won’t be the first or the last time you hear this, and it always comes with the same reasoning: “My parents recommended it.” “Doctors make lots of money.” “It’s a good job.” “I like watching Grey’s Anatomy.”

Any seasoned career guidance professional already knows how the rest of the session will go. The student will likely not be aware of the entry requirements, will not be able to tell you much about the nature of the work and will almost certainly not realize the many different types of doctor they could strive to be.

With thousands of different opportunities to pursue in medicine alone, why are teenagers still aspiring to enter such narrow fields of employment without any real understanding of what it takes to work in that industry, or if it’s even something that would give them personal fulfilment?

This problem begins much sooner than you think, and we all play a role in ensuring children today don’t face this same outcome in the future.

By the age of 3, children are already asking simple who/where/what/why/when questions and can describe actions in picture books such as walking, jumping and cooking. It’s a critical time in their development as they are learning everything for the first time and are establishing a sense of identity.

Three-year-olds are heavily influenced by the things around them, whether that be family, friends, books or TV. This is why stereotype-free career education – while not something parents or educators often think about at this stage – is so important.

Early intervention is an extremely cost-effective way to broaden horizons and prevent the embedding of harmful stereotypes. It is essential that children are provided with impartial and unbiased information when it comes to anything surrounding the world of work.

The research is clear

For the 2018 Drawing the Future report, UK-based charity Education and Employers asked school children aged 7 to 11 to draw a picture of the job they want to do when they grow up. They received over 20,000 entries from countries all over the globe.

The results clearly demonstrated the impacts of unconscious bias, with boys trending towards traditionally male-dominated fields such as engineering and science, whereas the ‘nurturing’ roles of nursing and teaching were nine times more popular with girls.

“Early intervention is an extremely cost-effective way to broaden horizons and prevent the embedding of harmful stereotypes.”

The report also found that among the children who did not know someone who did the job they drew, most indicated that they heard about it through TV, film or radio, highlighting how important it is for those outlets to be free of stereotypes.

Tackling this is straightforward but needs input from parents and educators alike, and would be even more widely received if the government integrated impartial career guidance more effectively into the early years curriculum.

One of the primary issues with mainstream job depictions in children’s media is that they are always fields of employment that kids have access to in the real world, and therefore are already very familiar with. Turn on any cartoon and you’ll see a teacher, firefighter, police officer or doctor; all this does is reinforce the narrow career options that many kids don’t deviate from right through to their teenage years.

To tackle this, adults need to introduce kids to flashcards, books, games and toys that depict unusual jobs such as sign language interpreter, screen printer, robotics engineer and ice observer. Not only will children learn about a vast array of careers otherwise unknown to them, but it will also provide a great starting point for follow-up exploration.

Interest can be piqued even further when these career ideas are twinned with fun and colourful illustrations that allow kids to use the images to feed their imagination and ask questions about what they see.

Characters in children’s media will often have jobs, so be sure to pick TV shows and movies that don’t conform to stereotypes. You can use the Maisy Test by asking these four simple questions:

A caveat regarding the final point is that if your child is in a majority group (e.g. white, cisgender, non-disabled), then it is more important to seek out shows that depict underrepresented individuals such as people of colour, individuals from the LGBTQ2S+ community or people living with disabilities, so that they see these communities as part of the mainstream, rather than the marginalized minority.

Traditional career education has been failing young people for decades, not because of the quality, but because of its timing. Without early intervention, career practitioners are left with the unenviable task of challenging stereotypes and attempting to broaden the horizons of students that have been conditioned to believe certain biases for well over 10 years.

This is not only an extremely difficult task, but one that is completely avoidable. By incorporating the world of work into learning and play from a young age, and selecting media that represents a wide diversity of people in a variety of careers, educators and parents can have a huge impact on the potential outcomes for children in their care.

Your kids can change the future. Will you help them? 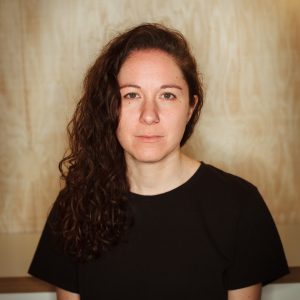 Jena Tarabad Author
Jena Tarabad is the founder of Elementary Careers, an innovative organization dedicated to enhancing career education for children aged 3+. She produces games and lesson plans designed to broaden horizons while removing harmful gender and racial stereotypes. She is the creative visionary behind the non-discriminatory career learning tool When I Grow Up. Jena has worked in information, advice and guidance (IAG) for 15 years, most recently as a manager with Employment Ontario, before pivoting to early years provision. She has a QCF Level 6 Diploma in Career Guidance and Development, considered the industry’s gold standard in the UK.
×

Jena Tarabad Author
Jena Tarabad is the founder of Elementary Careers, an innovative organization dedicated to enhancing career education for children aged 3+. She produces games and lesson plans designed to broaden horizons while removing harmful gender and racial stereotypes. She is the creative visionary behind the non-discriminatory career learning tool When I Grow Up. Jena has worked in information, advice and guidance (IAG) for 15 years, most recently as a manager with Employment Ontario, before pivoting to early years provision. She has a QCF Level 6 Diploma in Career Guidance and Development, considered the industry’s gold standard in the UK.
Latest Posts
Tags :featuredpodium
Jena TarabadMay 3, 2022
- Advertisement -
- Advertisement -
- Advertisement -