HomeDiversityIslamophobia in Canada: What career professionals need to know 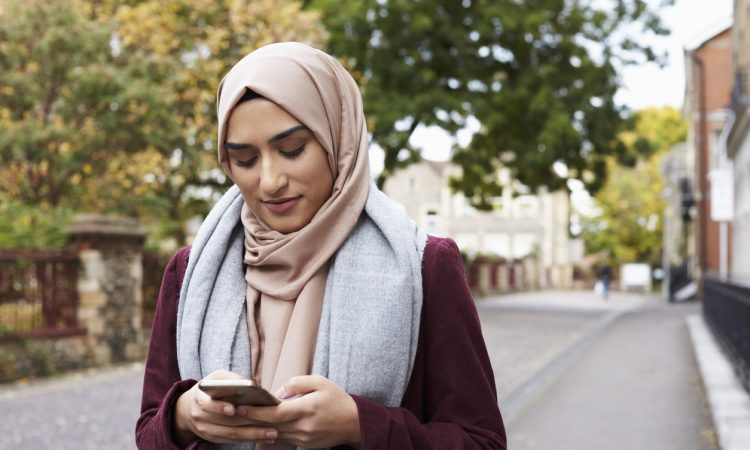 Islamophobia in Canada: What career professionals need to know

This past year has been challenging for many reasons, not only on a global level, but within our own local and national communities. Although we may have had no control over living through the COVID-19 pandemic, we can choose to focus on the many tragedies occurring in our communities over which we have direct control. We, individually and collectively, have control over how we use our power and privileges, especially in the wake of the senseless hate crimes committed against the Muslim community. On June 6, a Muslim family, #OurLondonFamily, was murdered in broad daylight, in a Canadian city, by a white male, who casually targeted adults and children alike based solely on their Muslim identity.

We cannot deny the existence of Islamophobia in Canada, and we cannot claim that these are isolated events. This tragedy happened because we allow it to happen when we choose inaction, apathy and silence. We allow it to happen when we turn a blind eye and do not utilize our voices, especially those of us with a voice that is privileged, and those of us who are in positions of power. The question isn’t whether you are privileged enough to take a stance, but rather, how are you going to utilize the privilege that you do have to stand against anti-Muslim hate crimes?

We must acknowledge that despite efforts to decolonize counselling practices, our field, and consequently our education and training, remains deeply rooted in white Euro-settler colonial paradigms. Such paradigms have not only historically had a negative impact on minoritized communities, but continue to do so today through institutionalized and systemic “isms.”

A glaring example affecting jobseekers is the biased standards we assert as professionalism, which are often reflective of the standards set by the dominant culture and settler colonialism; “white supremacy defines professional standards that dictate our work style, timeliness, speech and dress codes” (e.g. a Black woman expected to straighten her hair to present as more professional) [5]. Within the context of being a Muslim female, imagine being told that your attire was not “professional enough” because you wore long, loose clothing and a head scarf/hijab in the workplace; this case was brought in front of the Ontario Human Rights Tribunal, in which it was decided that “the employer’s arbitrary application of the dress code constituted adverse-effects discrimination” against the Muslim female employee [6].

“The question isn’t whether you are privileged enough to take a stance, but rather, how are you going to utilize the privilege that you do have to stand against anti-Muslim hate crimes?”

Such biases and acts of discrimination have shown to influence not only Muslims’ mental health and well-being, but workplace earnings (despite having equal or more education as compared to their counterparts) and unemployment rates [7]. These examples reflect the critical need for career professionals and policy makers to address the often-overlooked notion of Islamophobia.

What is Islamophobia? Is it relevant to Canadians?

Islamophobia, also referred to as anti-Muslim hate, has been defined as “unfounded or disproportionate fear and/or hatred of Islam or Muslims (or people perceived to be Muslim), leading to violence and systemic discrimination.” [1]

Many Canadians are hesitant to acknowledge both the covert and blatant hate crimes occurring against Muslims in Canada, under the banner that Canada prides itself on being an inclusive and multicultural nation. However, statistics show that not only do 46% of Canadians have an unfavourable view of Islam (greater than for any other religious tradition)[2], but over 40% of Canadians think discrimination against Muslims is “mainly their fault” [3] and are in support of banning headscarves/hijabs in public [4].

As a Muslim Canadian woman who wears the hijab, that last point comes as a subdued shock, because if Canadians were truly against discriminatory law, Bill 21 in Quebec would not have been passed. This law bans individuals from wearing religious attire/symbols in certain public sector positions, including education and law enforcement. In the same institutions that have a critical need for diverse voices to help combat systemic discrimination, this bill makes the employment of my hijab-wearing sisters illegal.

This is the reason why, as counsellors who support clients in their career development and mental health, we need to stand against institutionalized and systemic Islamophobia that does indeed occur in our beloved Canada. When many Muslims and other individuals are forced out of a workplace for wearing religious symbols, we need to check ourselves – as individuals and as a nation.

How can we advocate for equity, diversity and inclusion in our schools, universities and workplaces, without also advocating against such laws? We cannot continue to compartmentalize social justice issues to consider only those that fit our privileged comfort levels, when there are human beings being senselessly murdered in a country that prides itself on being inclusive and multicultural. We need to do better, and each one of us needs to take on a responsibility, as practitioners and professionals, but also simply as human beings.

How can you stand against Islamophobia in Canada?

Islamophobia (anti-Muslim hate) exists in Canada, as is evident in the increased hate crimes against Muslims across the nation. The recent tragedy in London, ON, speaks to the urgent need for all of us to speak out against the violent hatred toward Muslims in Canada. And as career professionals, we have a professional responsibility to ensure we are not perpetuating oppressive practices and stances, both within the counselling room with our clients, as well as outside of the counselling room within our wider communities and country.

Here are a few things you can do:

1. Acknowledge and define Islamophobia and anti-Muslim hate and learn more about Islam and Islamophobia to be informed about how this affects Muslims every day, across contexts (including in the workplace and educational institutes).

It deepens wounds when, at the same time that Muslims are collectively mourning, their concerns about Islamophobia are belittled and doubted by colleagues, peers, professors, supervisors, law enforcement officers, media reporting, and so on.

Counsellors are not excluded from this list, as they may be influenced by biased media projections of Islam and then further perpetuate the same misconceptions and Islamophobic rhetoric in their work with clients. There are numerous non-biased papers and resources available about this; I have shared some points and resources in my Careering magazine article on Working with Muslim clients: Adopting multicultural and social justice counselling competencies.

Additionally, it is important to be aware of how Muslims can be supported in their workplaces.

2. Support Muslim organizations in Canada working to advocate for Canadian Muslim rights in the workplace and society such as The National Council of Canadian Muslims (NCCM):

Overall, it is critical that career professionals learn about Islamophobia and how to best support Muslims in Canada, as they navigate various challenges in their educational and career environments. Such efforts are imperative to address the religious discrimination that often occurs both covertly and blatantly, which ultimately impacts the mental health of Canadian Muslims, and more broadly, to address the aim for equity as well as feelings of safety and belongingness in Canadian workplaces. 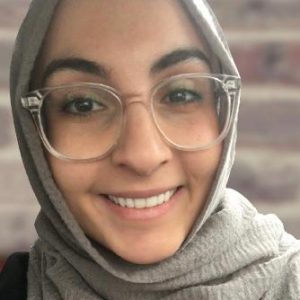 Walaa Taha Author
Walaa Taha is currently a graduate student at the University of Calgary, pursuing a MSc in Counselling Psychology. Her interests include counsellor education and training, with a focus on multicultural counselling competencies, and the intersection of Islamic psychology and Muslim mental health.
×