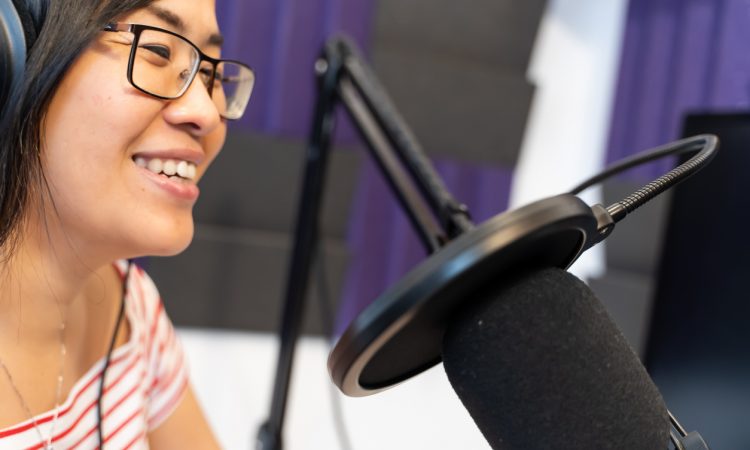 3 lessons I’ve learned from interviewing people about their careers

In late 2019, I found myself at a crossroads. I was unhappy with my career, but I did not know what to do next. In an effort to figure out my next steps, I began asking friends and mentors about how they ended up on their career path, thinking that those conversations would help me make a decision. The more I talked to them, the more I realized how insightful the conversations were and I decide that other people could benefit from hearing them. That was how my podcast, Career Crossroads, came into existence. After 25 interviews with both friends and strangers from around the world, I’ve learned a few things that I would like to share.

Sometimes, even when there is a logical next step in your career progression, you might not be ready for it – and that is absolutely okay. Your career isn’t a race. The first one to the top of ‘career mountain’ doesn’t win a prize. Take things at a pace that you are comfortable with.

That was the experience of Career Crossroads interviewee Carissa when she was accepted into teachers’ college after having begun a career with a charitable organization. Teachers’ college was what she had worked for, but she didn’t feel ready when the opportunity presented itself, so she continued with her job. When Carissa reapplied to teacher’s college a few years later, she was more confident that the timing was right; this time, she accepted the offer. Since finishing the program she has been able to put that degree to use and has no regrets about waiting until she was ready.

“Your career isn’t a race. The first one to the top of ‘career mountain’ doesn’t win a prize. Take things at a pace that you are comfortable with.”

If you will be happier staying in your current role or making a lateral move instead of taking a new challenge, don’t feel like you have to push yourself – at least not right away. Tomorrow is a new day with new opportunities.

You can have all the ambition in the world and be successful in your career but still suffer from imposter syndrome. That was how Yemi felt when she began her Master of Economics program at Carleton University following a diploma and degree in Nigeria and Cyprus. The program was difficult, and she began to doubt the value of her educational background. However, upon speaking to her classmates, she realized that they felt the same way as she did. No one was breezing through the program unscathed. That realization emboldened Yemi and now, many years later, she is a successful economist for the Government of Alberta. Her imposter syndrome? Totally gone.

Countless people share the experience of self-doubt in either their job or their education. Nobody wants to admit to their boss or their colleagues that they feel over their head, but if you create a dialogue, you might just find out that the people around you are not all that different.

While careers are often seen as a solo endeavour, that’s not the reality that many of us face. When you have a family member who will be affected by a career shift, your priorities can often change. Take Sen, for example. After working as a surgeon in China when he was young and single, Sen was shifted to a patient care specialist role due to a government policy change. Years later, after Sen was married with a child, he and his wife decided to immigrate to Canada. 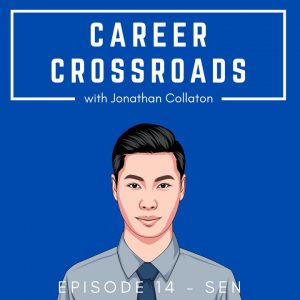 Sen had the option to return to being a surgeon. However, that would come with years of extra education and likely multiple relocations. For the benefit of his family, Sen chose to continue his career in Canada as a Project Management and Improvement Consultant for the Scarborough Health Network, as it would allow his family to settle down and have stability. Does he regret not continuing his surgical career? Not one bit. On top of the benefit to his family, he gets help even more people than he was before by improving the quality of care received by thousands of patients every year.

When your parents are healthy and you don’t have a family relying on you, moving for a job or taking on a role with extreme working hours is less difficult. For many of us, as we get older, the best career decisions are those that provide happiness not just for us, but for those we love.

When I consider these and the other lessons I’ve learned from my interviews, the real takeaway has been that no two career paths are exactly the same. So, it’s not useful to compare your career to anyone else’s. Learn about the career decisions of those around you, their victories and mistakes, but do not mimic their decisions. Make the decisions that are best for you and those you care about, even if they might be unconventional.

Career Crossroads has been an amazing learning opportunity for me. With 25 interviews down and countless more to go – I can’t wait to see what lesson I learn from my next interview.

You can find Career Crossroads at careercrossroadspodcast.com or wherever you get your podcasts. 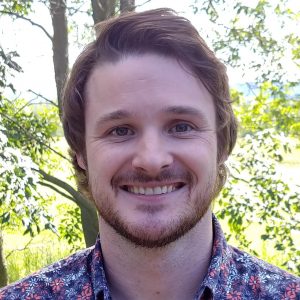 Jonathan Collaton Author
Jonathan Collaton is a Student Affairs professional at the University of Toronto Scarborough helping students build skills in their extra-curricular activities. He hosts, edits, and produces the Career Crossroads podcast and has a passion for conversation and understanding the driving factors behind career transitions. Jonathan is a graduate of Wilfrid Laurier University’s History and Canadian Studies programs.
email
careercrossroadspod@gmail.com
follow me
×

Jonathan Collaton Author
Jonathan Collaton is a Student Affairs professional at the University of Toronto Scarborough helping students build skills in their extra-curricular activities. He hosts, edits, and produces the Career Crossroads podcast and has a passion for conversation and understanding the driving factors behind career transitions. Jonathan is a graduate of Wilfrid Laurier University’s History and Canadian Studies programs.
email
careercrossroadspod@gmail.com
follow me
Latest Posts
Tags :career explorationfeaturedpodium
- Advertisement -
- Advertisement -
- Advertisement -