HomeWorkplaceDitch the resume to find job candidates with passion 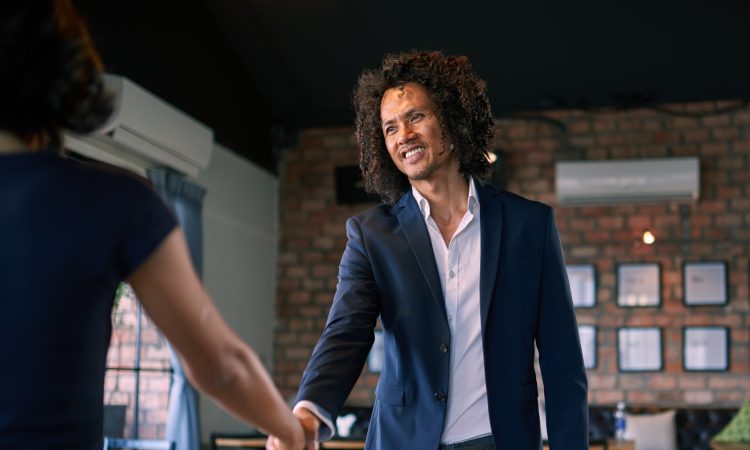 Ditch the resume to find job candidates with passion

We cannot solely rely on resumes to qualify potential employees. I would argue that even if a candidate’s past experience or education does not align with the position, you may still want to interview them. You could be missing the best candidate you never would have interviewed. I learned this through experience, as the founder of Unity Charity.

Take the extra time to meet, or call as many candidates as possible. We need to evaluate candidates’ dreams, their drive and their willingness to learn – not just their past experience. Check your bias when you think of who “fits” your culture, and take the time to seriously consider candidates who have different skills to bring to the table.

Below is an excerpt from my new book, Building Unity: Leading a Non-Profit From Spark to Succession.

Michael Prosserman will be presenting at CERIC’s Virtual Cannexus21 conference on “6 Steps to Building Resilient Organizations.” Learn more and register at cannexus.ceric.ca.

I almost never look at someone’s job experience when they apply for a position. I want to understand what people are capable of, not necessarily what they did in the past. I rarely want to know their education levels or awards. Instead, the most important recruitment tool is to ask them what their dreams are. Their connection to the cause — what fuels their passion — is far more important to me than their IQ or education. People with direct experience as an artist or with community work, and not necessarily as a vocation, bring a deeper dimension to the team, and ultimately to the organization’s success, because they can relate to it on a very intimate level. You can’t go to school for what we do. You have to have lived it, breathed it, felt it.

My own story is connected to Unity from multiple angles, which is why it’s so easy for me to talk about, sell, and authentically do what I do. It is a part of my story and the story of so many other artists and creatives on our team. You can’t capture this feeling on a résumé. I had to experience their passion and challenge their commitment to know if they could add value to the Unity crew. I always told the staff and artists that they did not work for Unity – they were Unity.

We strived to build a team that embodied honesty, integrity and drive. This beat any flashy resume. Drive and desire to learn are what matter most, not what school someone attended. I looked for people with resilience and who personally connected with the work. The few times I’ve broken this rule, ignoring the culture fit feeling, I’ve been disappointed with my hiring decision. Invested people create a strong culture. Strong culture enabled life-changing impact in our programs.

Meeting people face-to-face for me is the only way to really tell if someone was a fit or not. There are too many things that can be missed skimming applications and holding phone interviews. 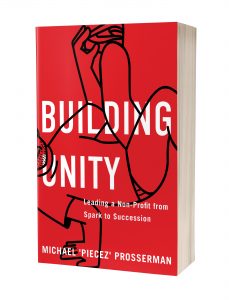 One of the most important factors in having what it took to be a great employee at Unity was having a personal connection to the work we did. Hip hop practically saved my life. This made my job far more than just work for me, and it was, in many ways, connected to my purpose in life. Because our work often connected to parts of each staff ’s purpose and passion, Unity became an ideal environment in which to build culture and commitment. People’s personal connections to Unity were often in relation to hip hop, being part of an artistic community, being an artist, or having overcome adversity through art and community. Staff who saw a gap in their community often saw Unity as a platform to make a change. Some staff even had their own personal projects: Diamond Osoteo, for example, was Unity’s bookings coordinator, and in his spare time created The Industry, an organization supporting emerging dancers. Ella Avila, Unity’s finance and administration coordinator, created HER Creative TO, an artistic showcase supporting top female talent. Even though people’s independent projects were not part of Unity directly, the team would often support each other’s initiatives.

When hiring, we were looking for staff with a direct tie to Unity’s mission of serving youth through hip hop and arts-based programming. Some staff mentioned that they wished they had a program like Unity in their high school. Some outright told us about the direct connections, and some were even former participants in Unity programs. Sometimes it was hard to see personal connection through an interview process. Not everyone who worked at Unity had obvious personal connections or even connections that they spoke about. For some employees, I only learned after many years working at Unity what motivated them to do this work. There was almost always a powerful motivator beyond just a paycheque.

Our highest performing employees usually did not over-promise. They worked hard and proved themselves through their actions. Similar to the foundational values in hip hop, they showed and proved. It became part of the culture at Unity to be humble and show results.

Employees at Unity were eager to learn, grow, and develop their career and skills. People who cared about youth, and who had an “always learning” mentality, thrived at Unity. This was hard to identify in interviews. We added questions and assignments to our interview process to understand what connections interviewees had to the cause and why they wanted to work at Unity. One of the most telling questions for me in the interview was, “With all other commitments in your life, how long do you see yourself being at Unity in the worst-case and best-case scenarios?” The answer would often show who was deeply dedicated to this work beyond it being just a job. Sometimes people said what they thought we wanted to hear. Sometimes people were truly honest in this moment. It wasn’t easy to tell. We listened for dreams and ambitions. We tended to give opportunities to those who were driven to work hard and continue to level up. 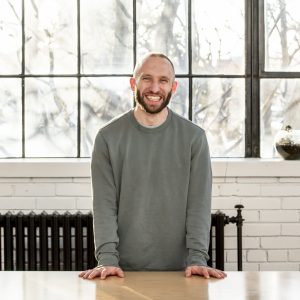 Michael Prosserman Author
Michael ‘Piecez’ Prosserman is a best selling author, B-Boy (“breakdancer”), university instructor and professional speaker who specializes in scaling start-ups, integrating mental well-being into team culture, innovation in fundraising, and healthy succession of long-time leaders. In Michael’s new book Building Unity: Leading a Non-Profit From Spark to Succession, he shares practical tools and stories to launching, leading and leaving a sustainable organization. He scaled a grassroots organization from the ground up as the Founder of Unity Charity, an organization using Hip-Hop to improve youth mental health.
web
http://www.buildingunitybook.com/
follow me
×